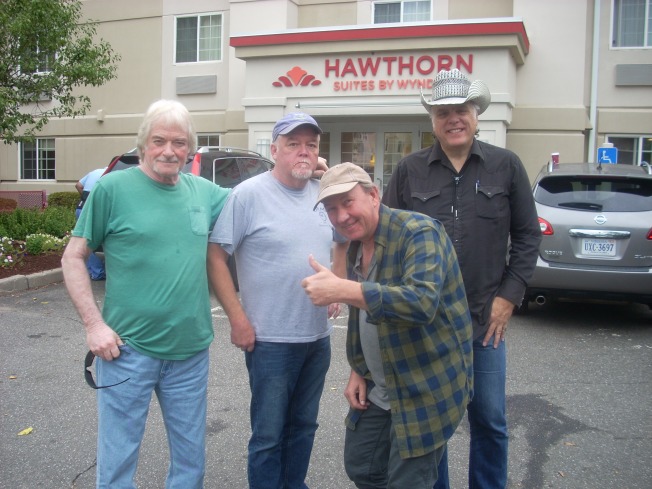 We drove for 2 1/2 hours following our gig on Saturday night, arriving at our lodging near Yarmouth, Nova Scotia, around 2 a.m. We stayed with a wonderful couple named  Dick and Sarah Henry. A little sleep and back in the van in time to catch our outbound ferry across to Portland, Maine. 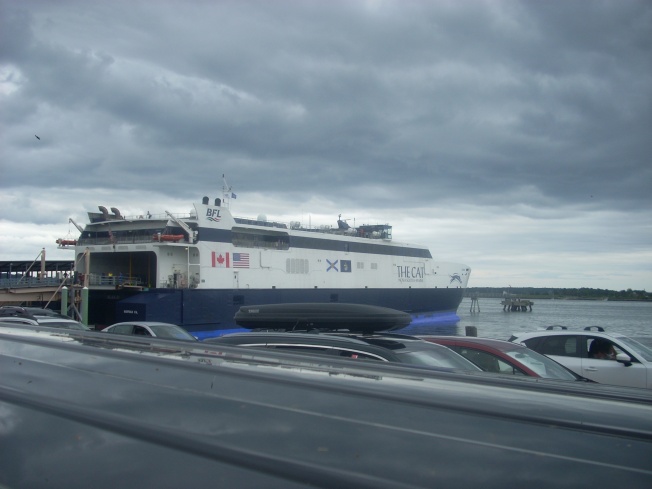 There was live music on the boat, which helped to make the 5 1/2-hour trip go faster. We had a looooong wait at U.S. Customs, but eventually got back on the road toward home. We drove about four hours and stayed once again at the Hawthorn Suites in Meriden, CT. Will and I sneaked out and found a pool hall for a few games, after which we got a good night’s rest. 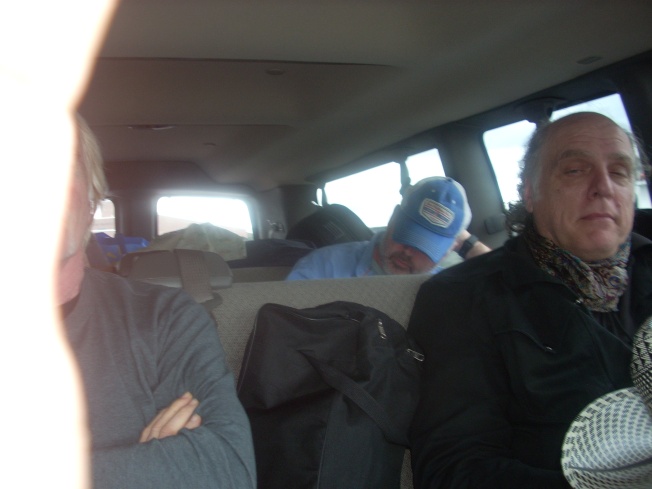 Ah – the glamorous life of a traveling musician! We got back in the van and returned to Charleston on Sunday evening with smiles on our faces, a few dollars in our pockets, and a bunch of fond memories. This was a good trip! 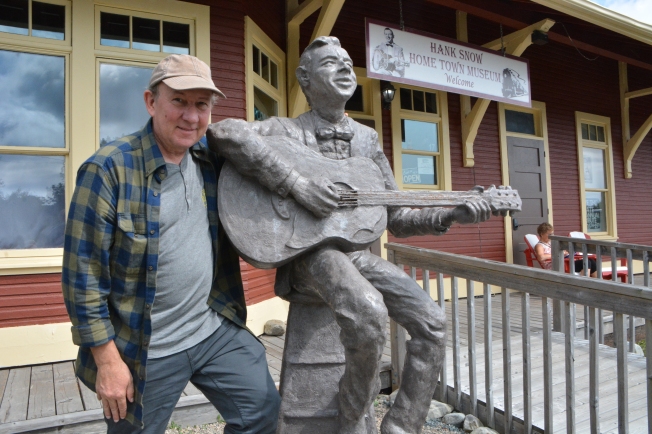 Friday was a beautiful day in Nova Scotia – sunny and pleasant. My brother Frank and his wife Sylvia flew in from Iowa, so I piled in with them to do some sight seeing before our evening show. We started off by visiting the Hank Snow Home Town Museum. The story goes that Hank, an abused child, often slept in the safety and warmth of this train station when he had nowhere else to go. The museum is very informative! 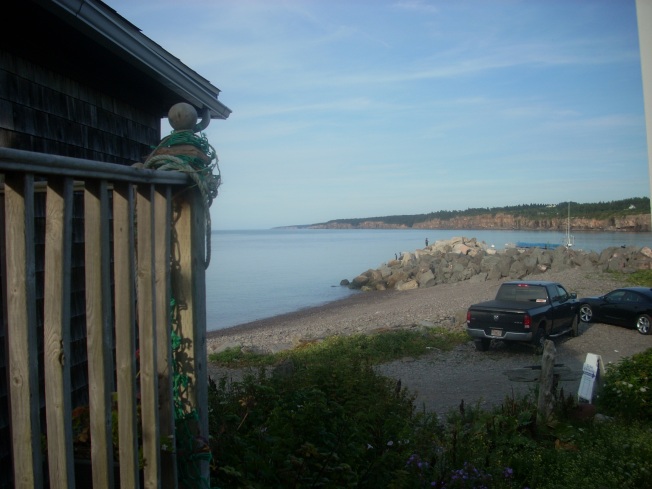 Across Nova Scotia from Liverpool lies the famous Bay of Fundy – home of the world’s largest tide. The cliffs and beaches were memorable, but I will have to take their word on the tide thing. Not the sort of thing you can see at a glance… 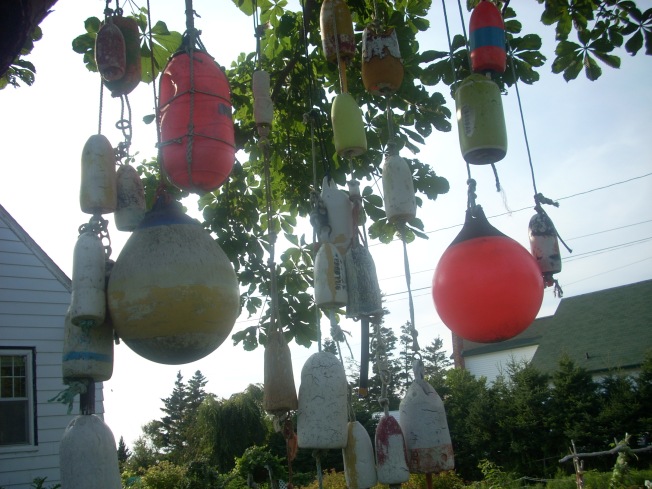 Yard art? Maybe they were just hanging these floats up to dry, but I thought it was worth a photo. We saw several similar displays. 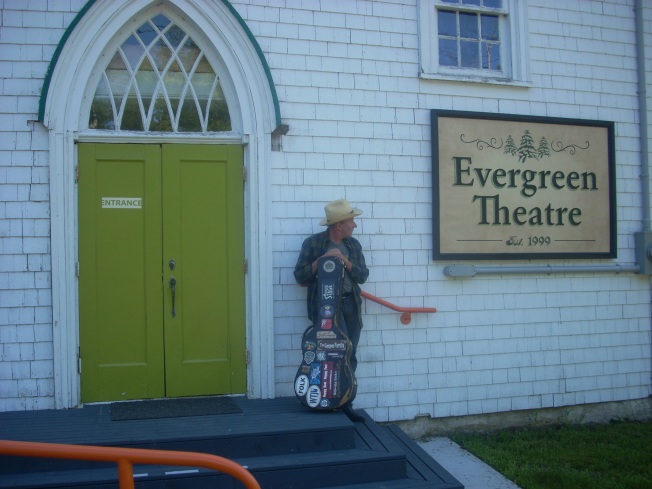 Our final show on this tour was at the Evergreen Theatre in East Margaretsville, Nova Scotia, located not far from the Bay of Fundy. This 100-seat venue is housed in a former church. The acoustics were fantastic! We had a respectable crowd, and they gave us a very warm reception. I especially enjoyed this performance because we were doing mostly original music. That is where my heart is, after all! 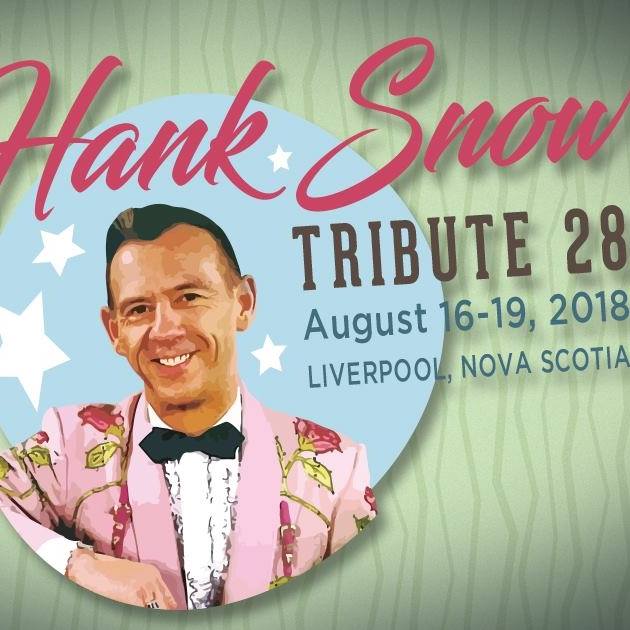 Last Thursday, we arrived in Liverpool, Nova Scotia, for the main event – the 28th annual Hank Snow Tribute! This is a big deal around here – Hank Snow’s home town – and we were honored to be the headline performers this year. 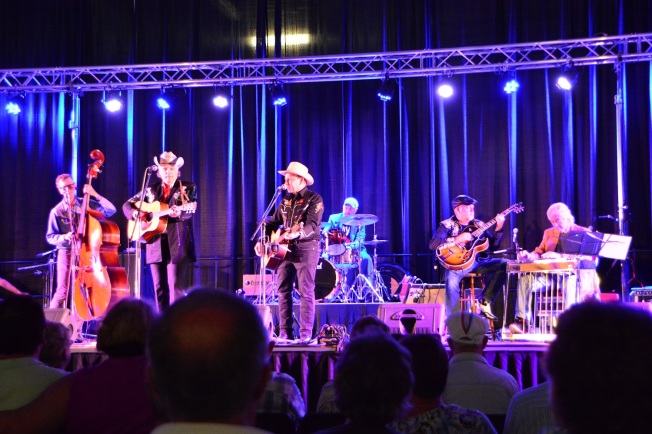 From the left, Will Carter, Rob McNurlin, me, Tom Kirk, Robert Shafer and Russ Hicks. We did a two-hour show (with an intermission) featuring Rob and me singing some Hank Williams, some Hank Snow, and a few originals. We performed for about 1,000 listeners seated comfortably in a hockey rink. The sound man was set up in the penalty box – you can’t make this stuff up! 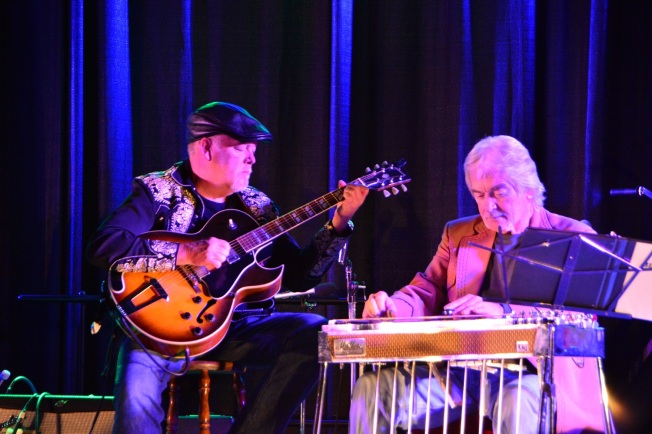 A highlight of the evening was an instrumental called “Honey Fingers,” showcasing the talents of our dynamic duo of Robert and Russ. Overall it was a great night! Standing ovation, encore, smiles and hugs. I think I like Nova Scotia! 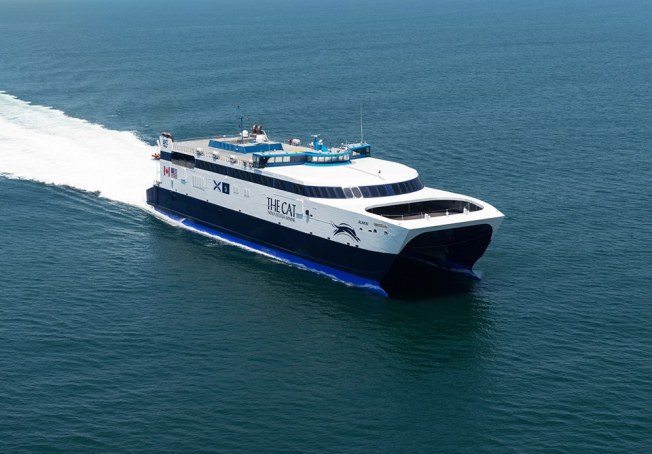 Blue Yonder took to the high seas yesterday. We caught a CAT ferry from Portland, Maine, to Yarmouth, Nova Scotia. 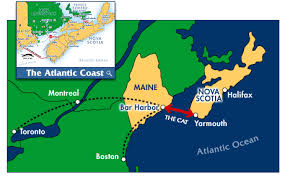 The trip took about 5 1/2 hours. We landed in Nova Scotia about 9:00 pm Atlantic Time (my first experience with this rare and exotic time zone!).

Will Carter taking care of business on board the CAT. 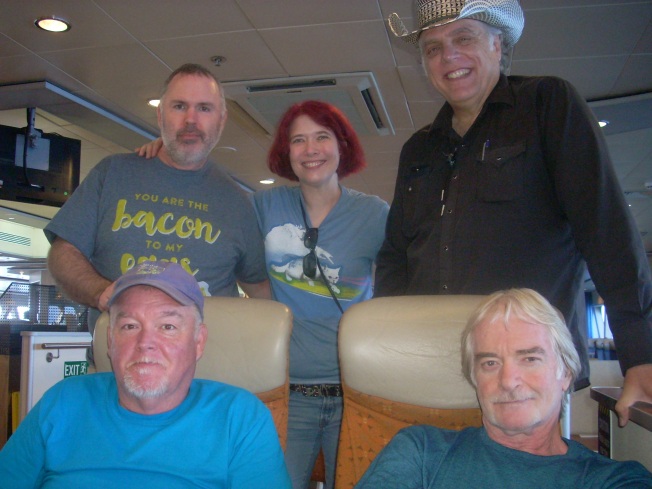 Standing, from the left, Tom Kirk, Diana Burton and Rob McNurlin. Seated are Robert Shafer and Russ Hicks. I ended up sitting next to a couple from Charleston, Illinois, who knew all of my friends in the old Indian Creek Delta Boys band. Small world! 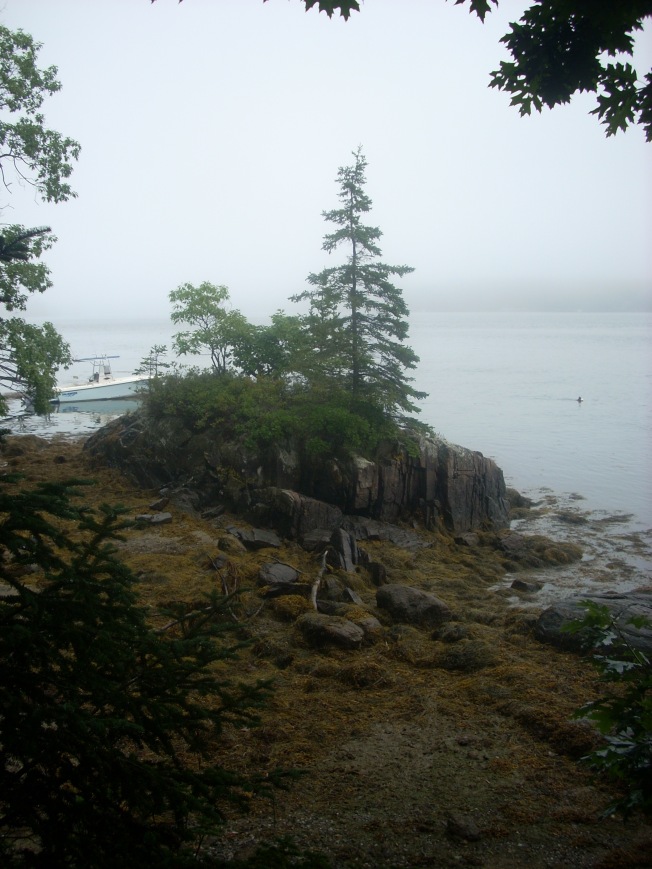 We spent a memorable day at Boothbay Harbor, Maine – located a rugged hour or so northeast of Portland. 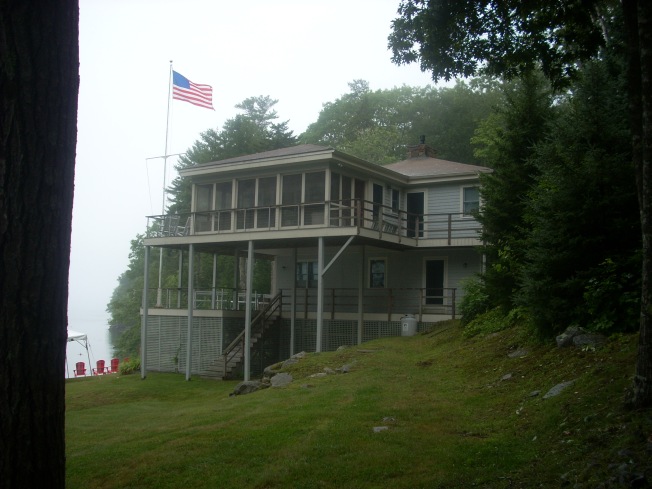 We were at the home of Tudy Russell, Will Carter’s aunt. Will has deep family ties here, and we were treated to a festive lobster dinner along with about 70 enthusiastic guests. 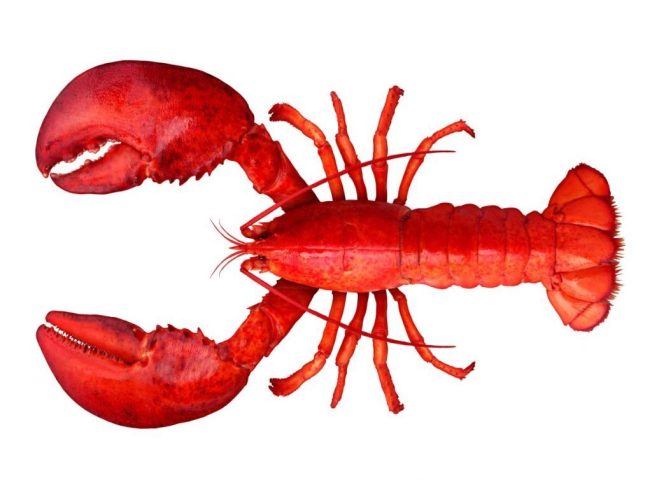 Blue Yonder took this opportunity to run through our set list for the upcoming Hank Snow tribute in Liverpool, Nova Scotia. 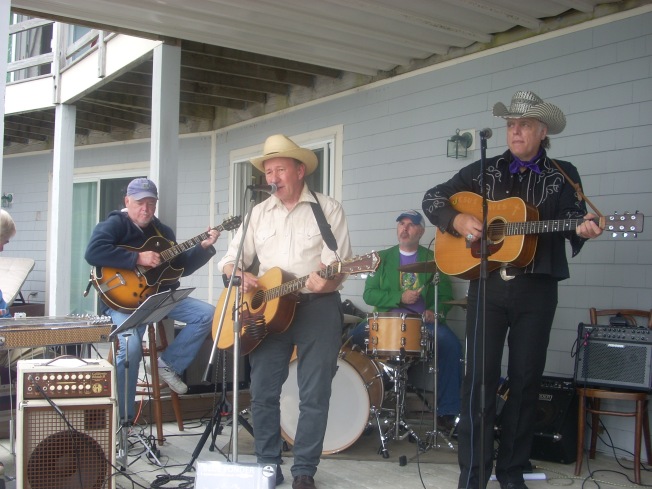 From the left, Russ Hicks (barely visible), Robert Shafer, me, Tom Kirk, and Rob McNurlin. Not pictured Will Carter. Singing for our lobster! 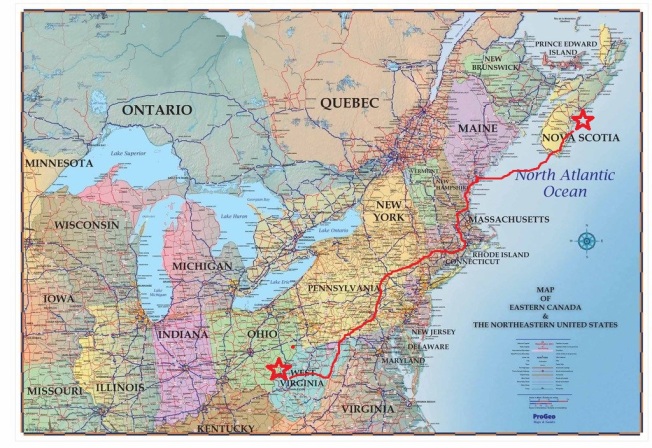 Blue Yonder is eating up the highway! We are en route to Nova Scotia, Canada, and are very excited about it. We left Charleston, West Virginia, Saturday around noon, and made the short drive to Elkins, West Virginia, where we performed on the Mountain Stage radio show at Davis & Elkins College. We left Elkins on Sunday morning and made a day-long drive that brought us as far as Meriden, Connecticut.

Today we plan to get to Boothbay Harbor, Maine. Then on Wednesday we will take a 5 1/2-hour ferry from Portland to Nova Scotia. Google maps puts the trip at 1,129 miles each way, but I couldn’t figure out how to incorporate the sea-faring miles. Oh well. You get the idea!

We had the high honor of performing yesterday on Mountain Stage – the premier live performance radio show. This took place at Davis & Elkins College in Elkins, West Virginia, as part of the college’s gala Augusta Heritage Festival. The show is taped in front of a live audience for later broadcast. I understand that our show will carried on about 200 stations around the world the week of October 5. 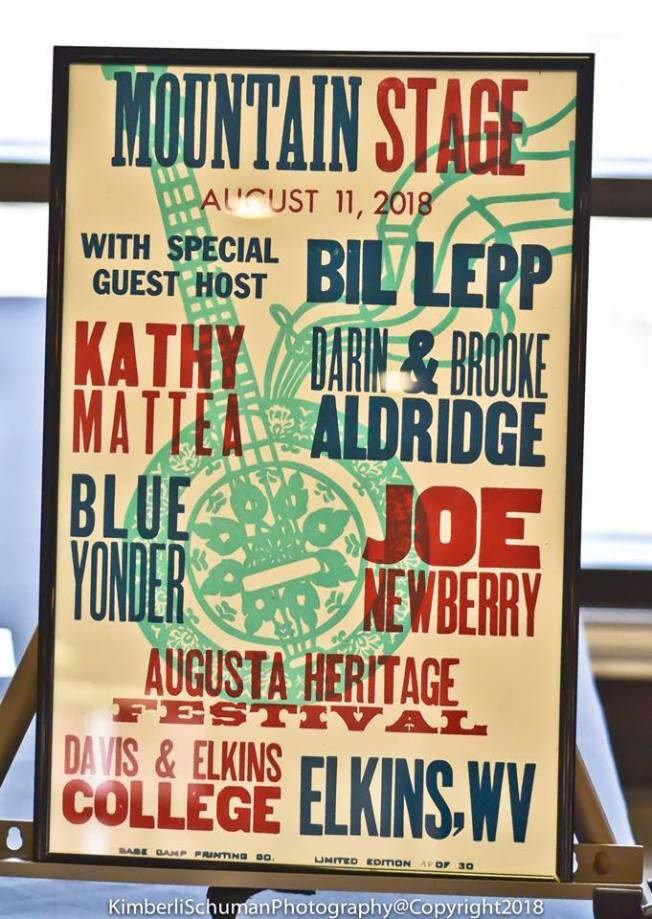 Bil surprised us with this introduction: “We can all list the great power trios of the rock world, but Blue Yonder spans so many genres of American music that this trio can best be described as the Nirvana of honky-tonk, the Cream of country, the Rush of rockabilly, the Beastie Boys of bluegrass… Ladies and gentlemen please welcome Blue Yonder.” 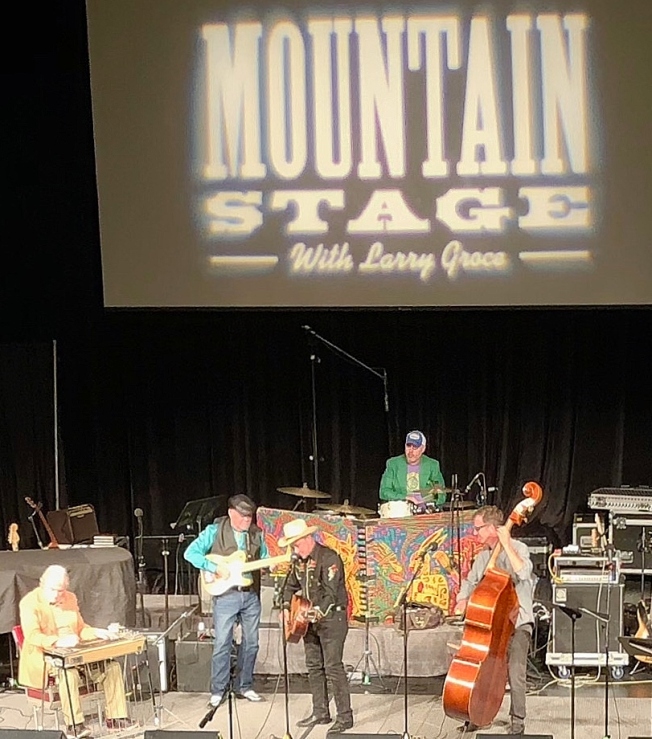 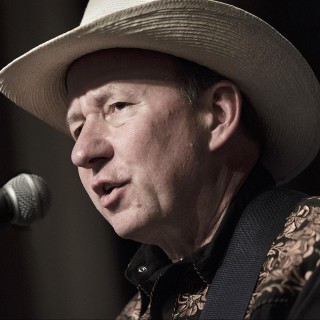 johnlillyblog
Create a free website or blog at WordPress.com.